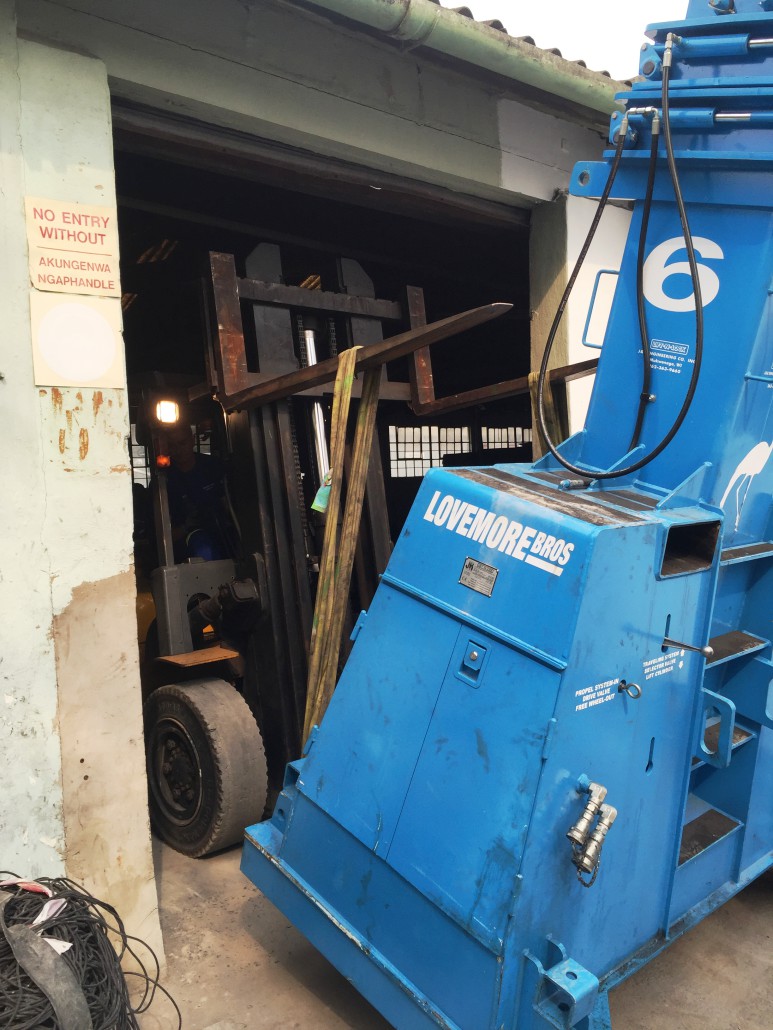 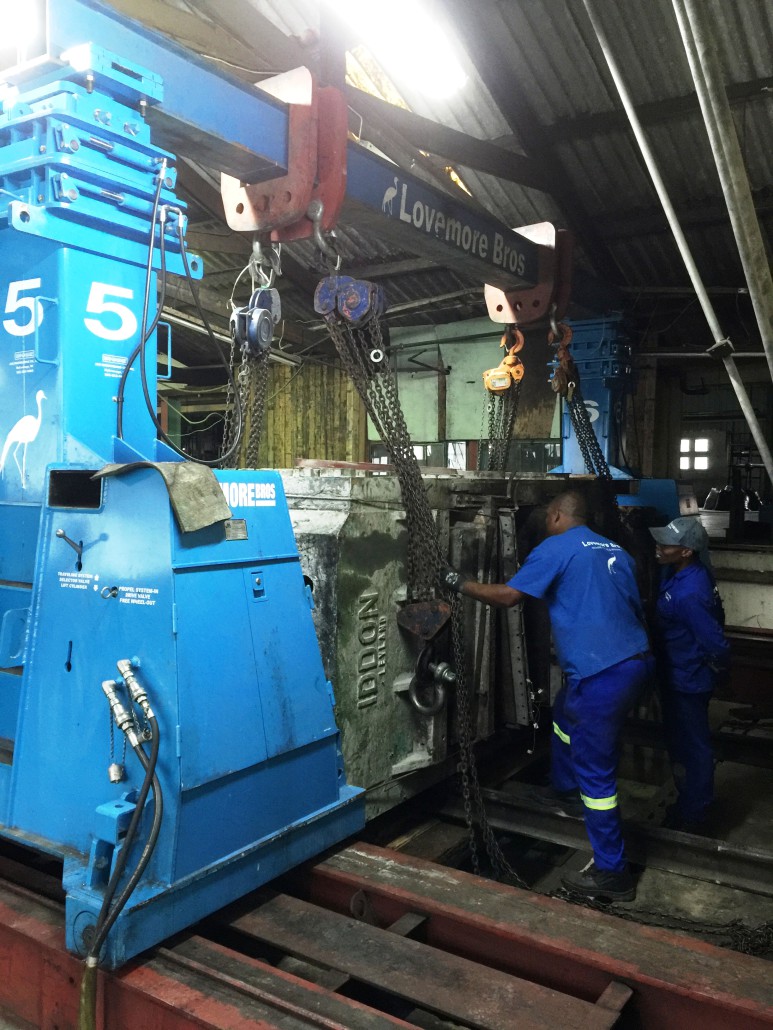 The recent relocation of a 30 ton press for Rubbertek saw the Lovemore Bros Mechanical Projects team having to use an alternative rigging method to move the press out the current building to a new location.

With a restricted door space of only 2.9m in height, the versatile hydraulic gantry had to be tipped and tailed through this confined space so that it could be used to rig the 30 ton press out of the pit.

“An alternative rigging method had to be used to move this press as a normal crane truck would not fit into the building,” says Mike Rapp, Rigger for the Lovemore Bros Mechanical  Projects Division.

In order for the press to be rigged out the pit, one side of the roof had to be temporary removed so that the gantry beam could be raised to the correct height to the lift the press out the pit.

“The versatility of the our equipment ensured that even under height limitations we only removed two roof sheets and one section of pylon which was reinstalled after we had rigged the press out,” says Mike Rapp.

Once the press was rigged out the pit, the Lovemore Bros team used chain blocks to tip and tail the press onto crawlers where two forklifts where used to push and pull the press 200m down a steep driveway to its new location.

“I was very impressed with the job the Lovemore Bros team did with the moving of our press to a new location. The job was carried out excellently even under challenging circumstances,” says Kevin Pillay, Maintenance Manger for Rubbertek.