Lift with a “Golden” View 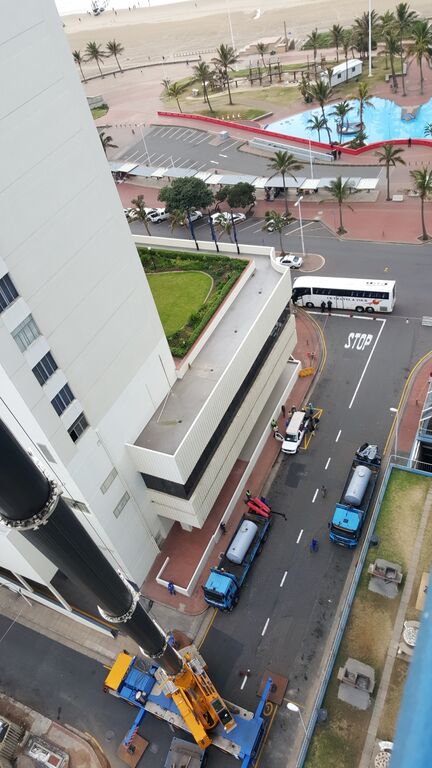 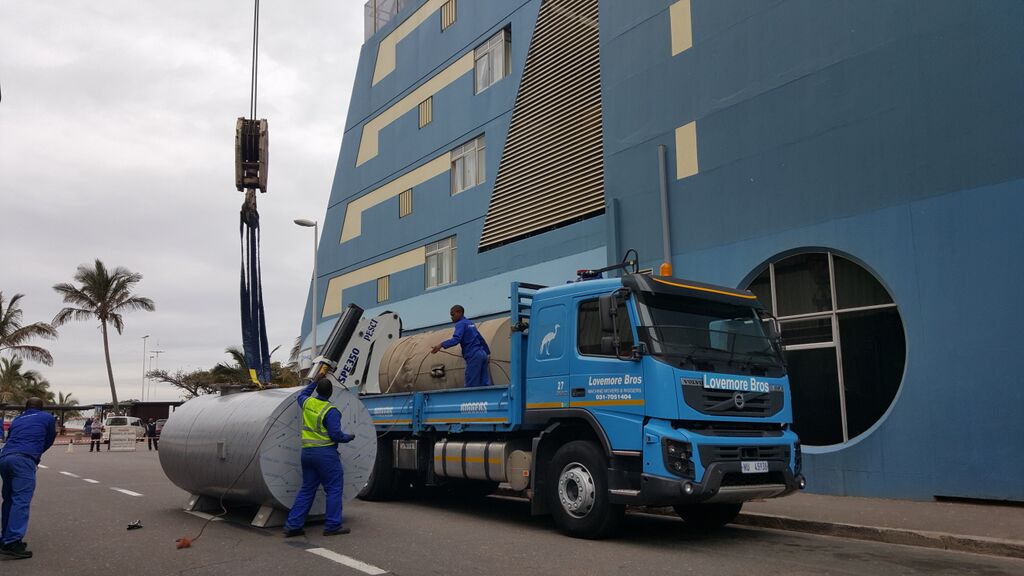 With a lifting height of 60m, the Lovemore Bros Local Rigging team did the lift of the two old boilers onto the back of the crane trucks and then lifted the two new boilers onto the roof of Durban Spa with a 200 ton crane.

“Weather is one of the biggest challenges with a lift such as this and with Durban Spa being right on the beach front, if there was too much wind we would have not been able to do the lift,” says Rodney Naidoo, Local Rigging Manager.

Drawing off the many years of experience within the rigging field, the Lovemore Bros local rigging team and crane operators ensured that the lift went efficiently, with the rigging team setting up at 5am and finishing the job by 9am.

“It’s always such a pleasure doing jobs such as this and being given the opportunity to not only be a part of a good lift but a lift with the view of the beautiful golden mile,” says Rodney.

Durban Spa Resort was awarded Silver Crown status after an upgrade in 2014 after more than 30 years. They also received a special recognition award from RCI for Investing in the Hospitality Industry. Durban Spa Resort with its unique indoor heated swimming pool a first on the Beach front has been the very popular tourist destination to many boasting a occupancy close to 90%.