LOVEMORE BROS Richards Bay had the opportunity to load, transport and offload the new and improved 38T Amphibious Excavator for Dango Denienthal at Fairbreeze Mine. The scrolls increased to 2200mm in diameter each, which of course also increased the overall height to a 5700mm laden height and a width of 6 600mm.

Richards Bay team loaded with the Terex T45 within 40 minutes, and that with a 70mm clearance each side of the 4-Axle Goldhofer. A police escort accompanied the excavator in transit.

Immediately on arrival the team began setting up the hydraulic jacks and then the waiting for the jacks began. All went well enough until one jack simply did not want to extract. By this time it was already dark. To resolve the problem the team packed a staircase with sleepers to allow the excavator to be driven down to the side.

CJ De Jong from Dango Denienthal was very happy with the way the job turned out. 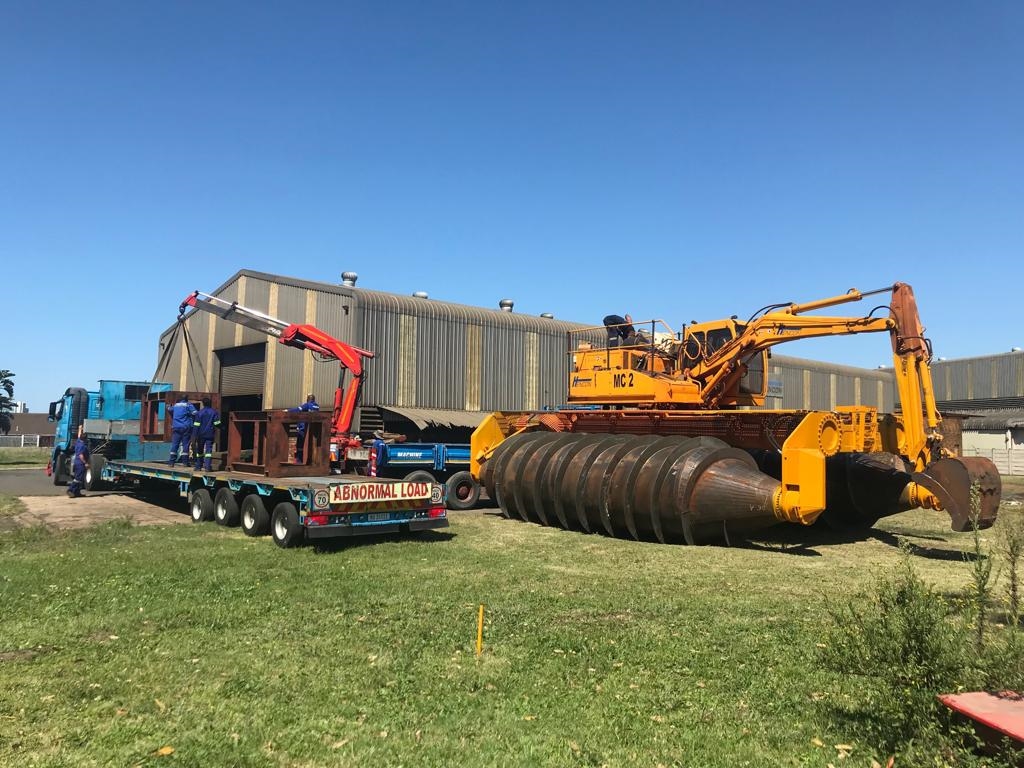