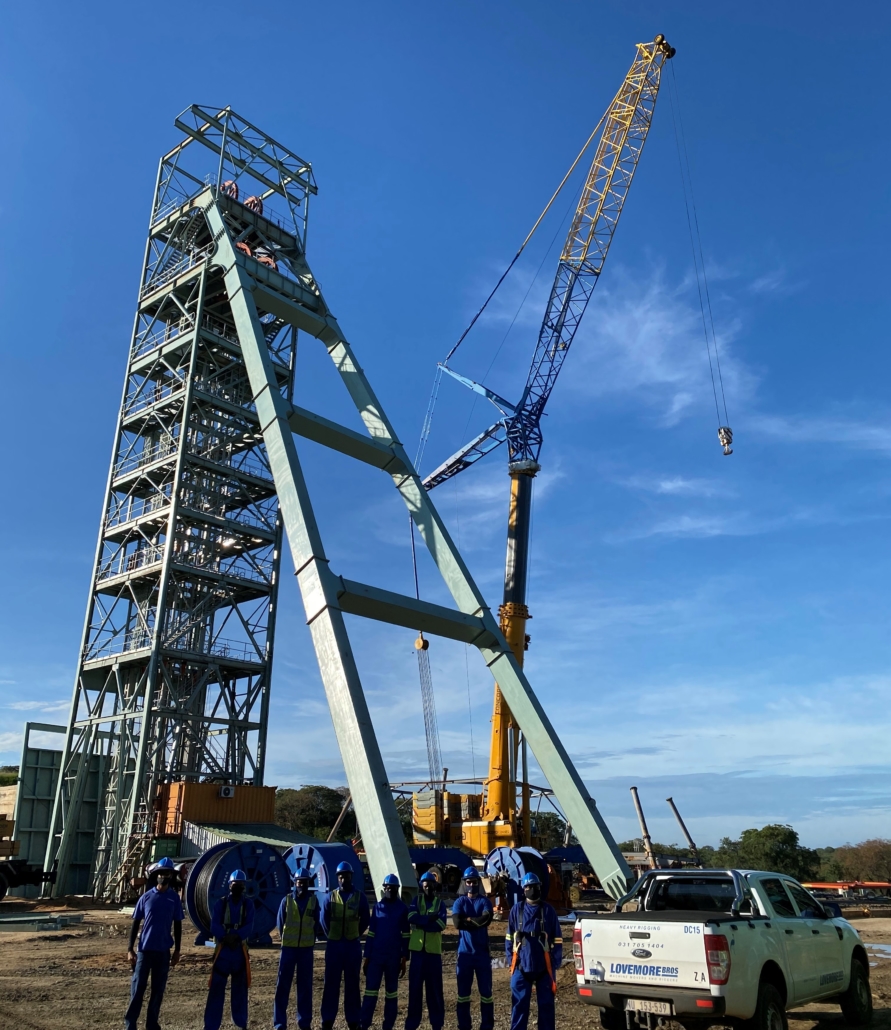 THE Blanket mine started production in 1904, and currently operates at a depth of about 750 m below surface.

Lovemore became part of this exciting development, as the expansion program is to produce more gold bullion from its present resources. This production will ultimately result in Blanket Mines increasing output from 43,000 ozs per annum to 8,000 ozs by 2022, the Blanket Mine is the largest producing mine in a belt which at one time had 268 operating mines.

Lovemore Bros was contracted by Concorde Cranes to assist with rigging the headgear on the mine into place. This is used to take miners underground and back up again. It is also used to lift the mined ore to the surface, it’s vital to the running of the mine.

There were 8 lifts our team had to do in total which took 3 weeks and the biggest lift was the back leg which weighed 55 tons. Well done.