LOVEMORE BROS was commissioned to move this impressive 8.5m-wide yacht for our customer, Derwent Stead.
This moving of this yacht required particular attention as the boat’s internal structure had not been completed as yet and careless transporting might have resulted in excessive flexing and cracking at the joints. LOVEMORE BROS used its eight-axle Faymonville trailer which is highly manoeuvrable and was tested to its full potential.

The team had to negotiate narrow roads, and dodge trees and street poles whilst being escorted by five metro police vehicles which closed off roads and assisted by travelling contra-flow down the M19. Mr Stead was grateful to the Lowbed Division as the boat arrived unscathed. With all the hype in New Germany owing to the halting of traffic LOVEMORE BROS became a trending topic on social media for the day. 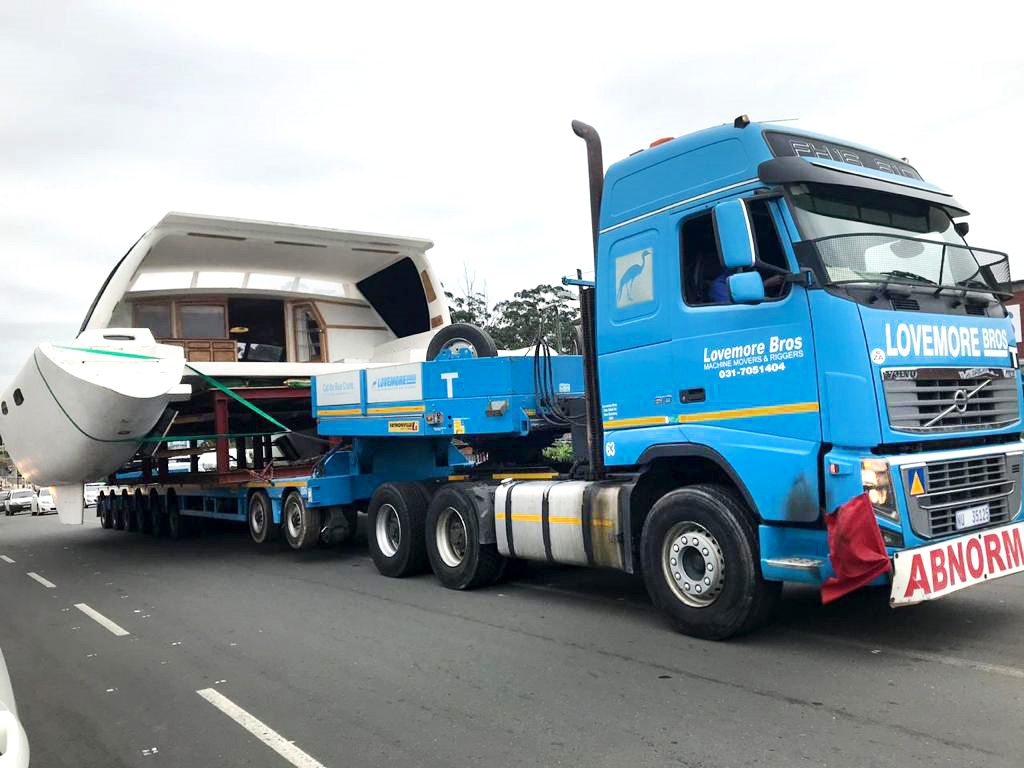 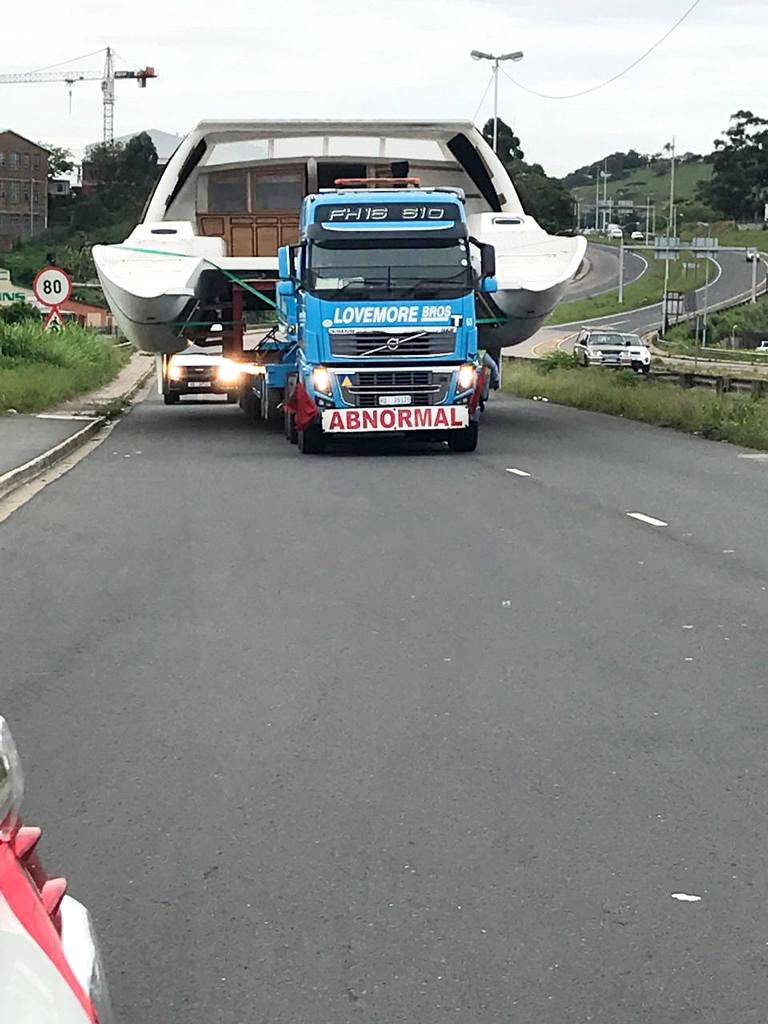