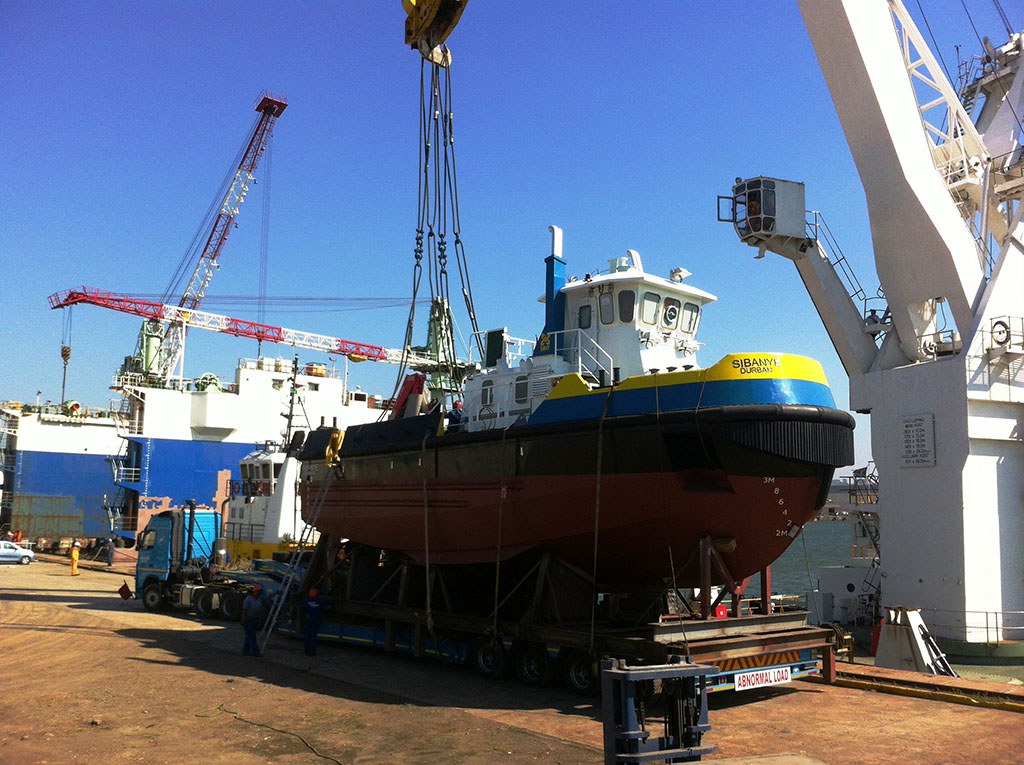 Southern African Shipyards was recently commissioned to build utility vessels as a result of the partnership between Smit Amandla Marine and South African Petroleum Refineries (Sapref) in order to increase the efficiency of Sapref’s offshore tanker terminal. The vessel will provide offshore assistance and emergency support for tankers calling at the offshore terminal.

“The commissioning of this vessel is another example of continuous operational improvement and demonstrates the serious nature of operating a key asset such as the offshore terminal according to high safety standards.” SAPREF Managing Director Ton Wielers.

The 16 m vessel, named Sibanye, meaning “We Are One”, was moved by Lovemore Bros Lowbed Division from the Southern African Shipyards’ facility in Durban Bayhead to the port. The commissioning of these vessels has not only created new jobs but has also has ensured that jobs were saved for the many skilled people working at the shipyard.

“Because of the height of the vessel, securing it properly was a priority and having worked with Southern African Shipyards for so long, it was a privilege to work on this job and move this new vessel,” says Peter Heyns, Technical Consultant for the Lovemore Lowbed Division.

The new utility vessel, Sibanye being transported from the Southern Africa Shipyards facility to the port.