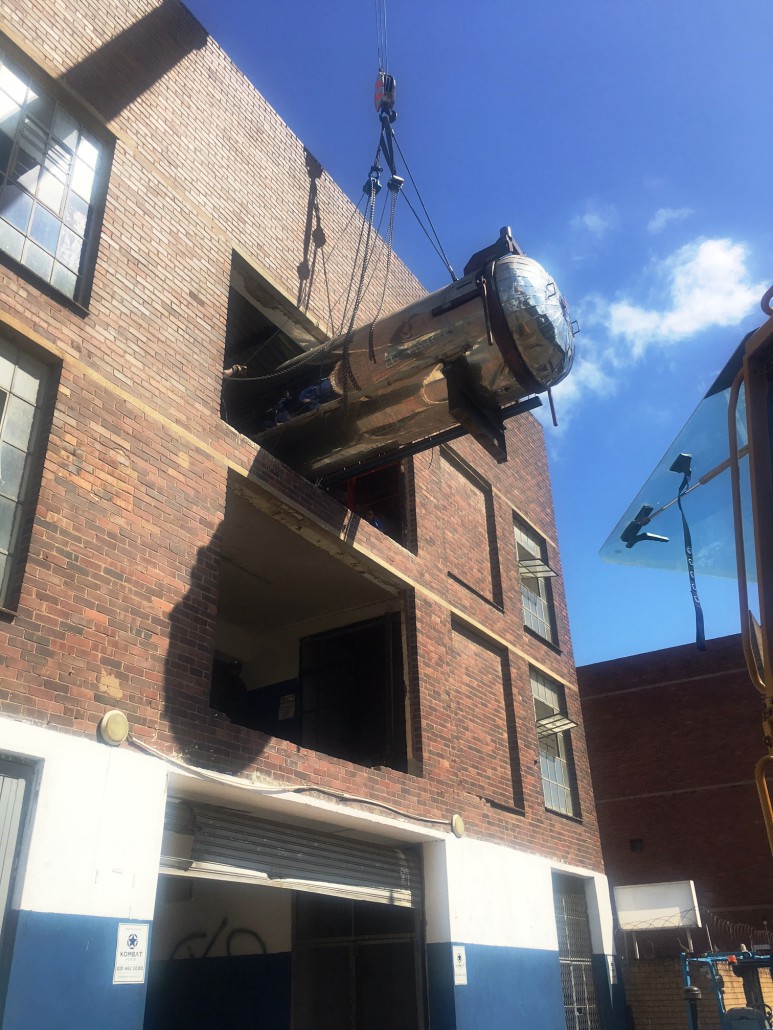 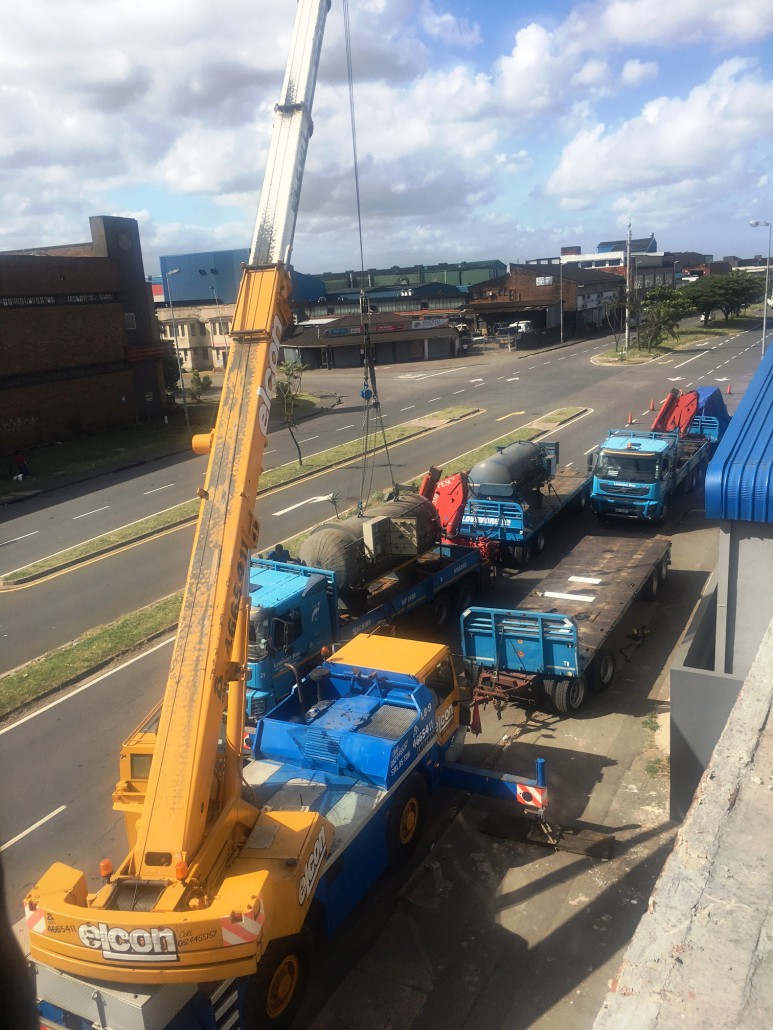 Specialising in factory moves, the local rigging team most recently moved Kenfield Tyres retreading machinery which included 3 electrical chambers and 1 boiler from their old factory to their new factory in Jacobs. The successful, yet challenging move, saw the rigging team having to use various methods to safely move these machines to the new factory.

“The load site was challenging as the machine’s had to jacked up and a set of crawls used to move each machine up a ramp with limited weight restrictions as well as the ramp being uneven. ” says Wesley Thompson, Local Rigging Manager.

The various machines were carefully moved and rigged out the 3rd floor of the building to the roof, where one of the Lovemore Bros crane trucks lifted the machines from the roof down onto a trailer below for transport.

“The machines were then transported to the new site where a 35 ton mobile crane lifted and positioned each of the machines into the second floor of the factory,” says Wesley.

“The team were excellent and very professional. I have very high standards when it comes to safety and the Lovemore Bros team shared the same sentiment. Not only did they move the machines on time they made sure that machines were moved safely and didn’t break while being moved. I was very impressed,” says Jaco de Bruyn, Maintenance Foreman from Kenfield Tyres.

Kenfield Tyres and Retreads were established in 1939, and then in 2015 the Geldenhys Brothers bought the company. Since then they have established themselves as an institution that provides many services to their customers in their fitment and retreading department.