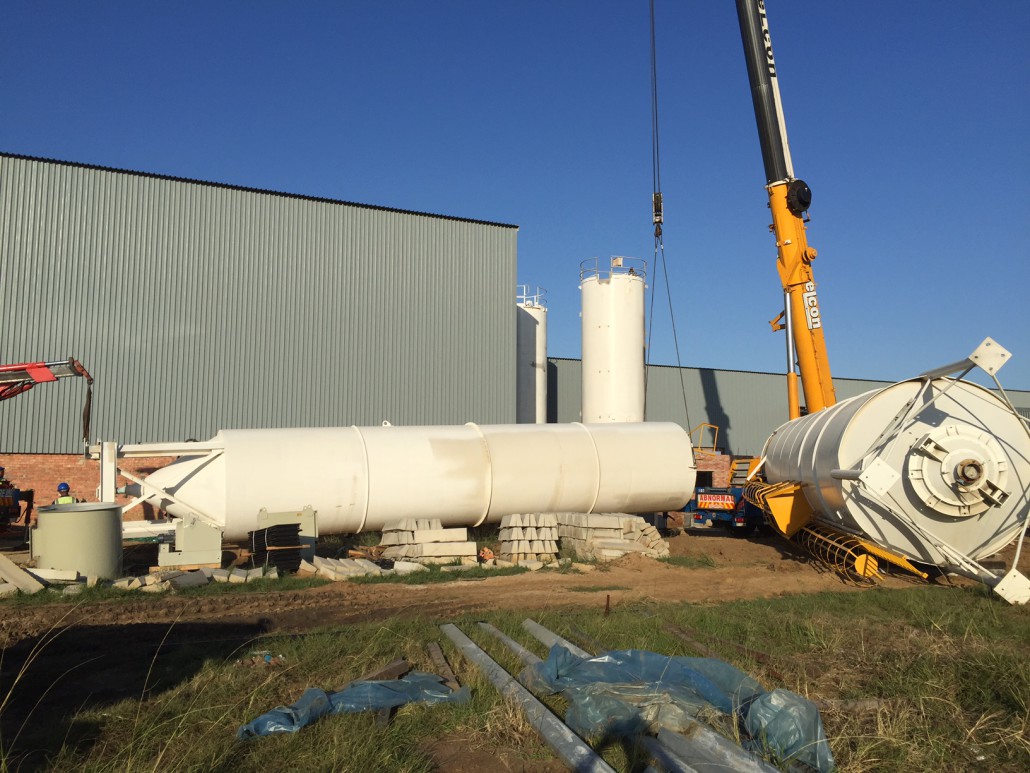 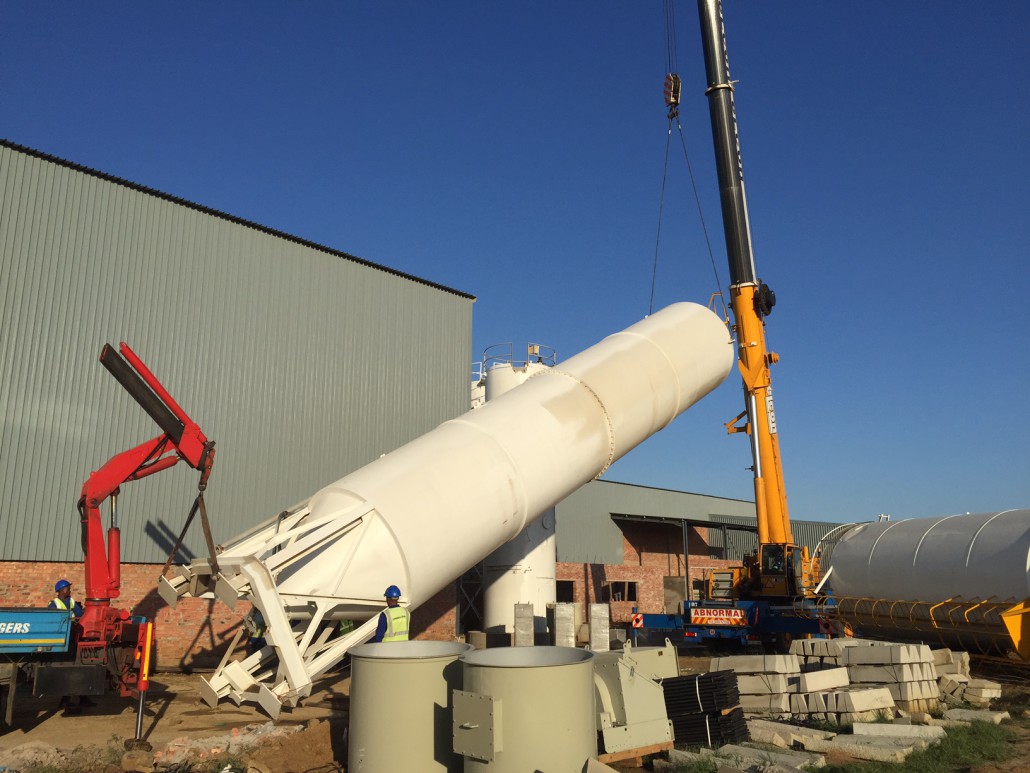 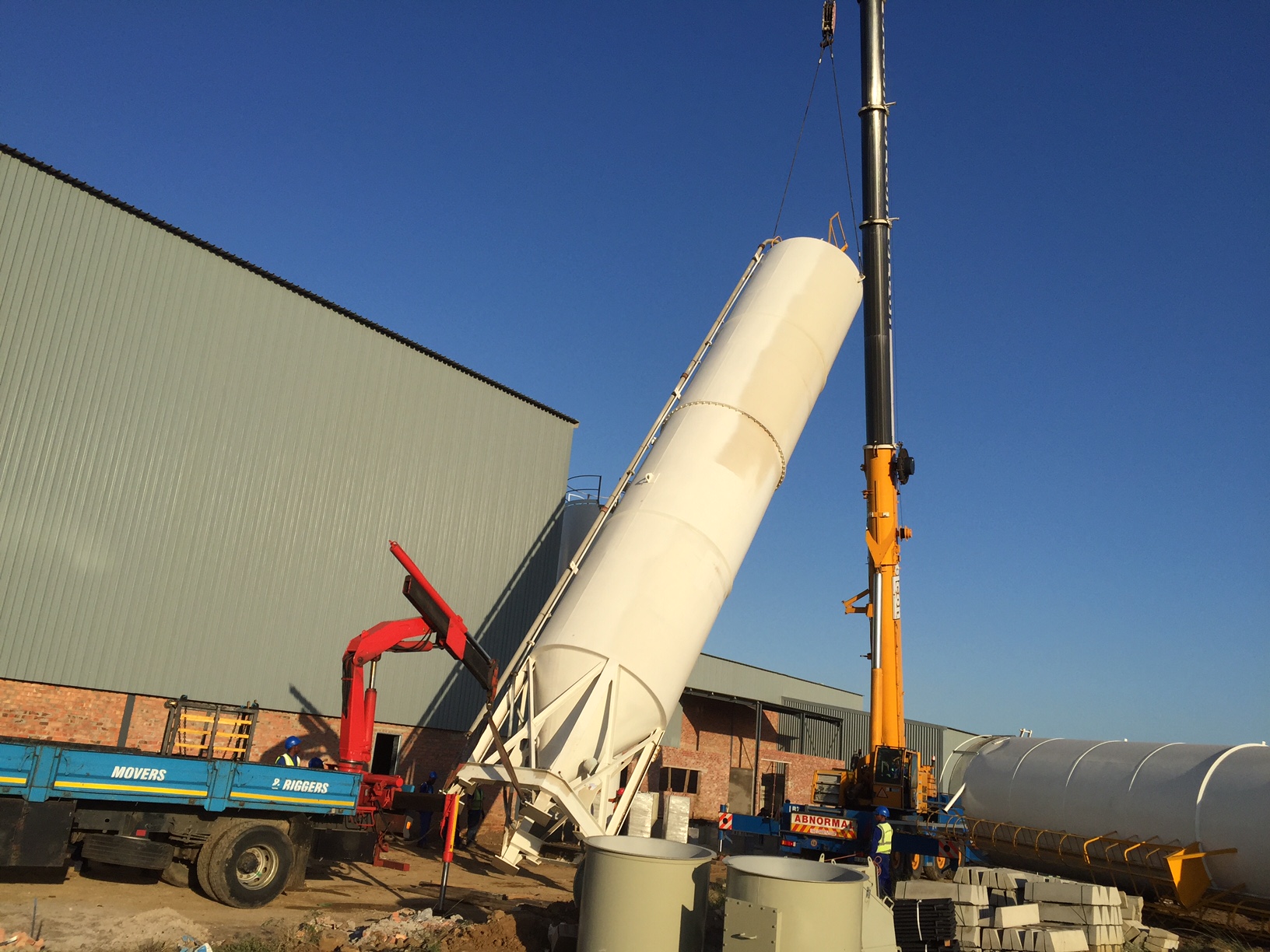 Scheduled to open in the last quarter of 2016, the new Pipe manufacturing plant for SPS Manufacturing Pty Ltd in Richards Bay has seen the first of its equipment been moved into the new factory by the Lovemore Bros Richards Bay team.

“We are busy building a “A first in Africa” Molecor patented Orientated PVC pipe plant, which will be responsible for servicing the Sub-Sahara African countries,” says Don Coleman, Managing Director of Sizabantu Piping Systems.

6 New silo’s that will hold PVC raw material, were moved by the Lovemore Bros team from the construction laydown area into the new plant. Each of the Silo’s had to be specifically placed in the laydown area to allow the 100 ton crane to reach each silo with only one set up.

“Our Terex reach staker made it possible to place these silos so that the crane could then place them accordingly to ensure only one set up,” says Richards Bay Branch Manager, John Paine.

The crane trucks where then used to methodically top and tail each silo vertically so that they could be lifted and placed one by one into position on the pre-built concrete plinths. “The trick was not only placing the tanks onto the plinths, but each leg on the tanks needed to be placed precisely onto bolts drilled into the plinth, which went through the base plates of the tanks legs, allowing the tanks to be bolted down onto the plinth,” says John.

With operations nationwide and two operations in neighboring countries, Sizabantu Piping Systems is well positioned to offer the market a comprehensive range of quality piping solutions, to the Infrastructural Civil and Agricultural markets in Southern Africa

“We have found Lovemore’s to be a very professional and a reliable Rigging company, with which we have enjoyed working with,” says Coleman.