You are here: Home / Uncategorized / ONE-STOP SERVICE FOR FIBRETEX 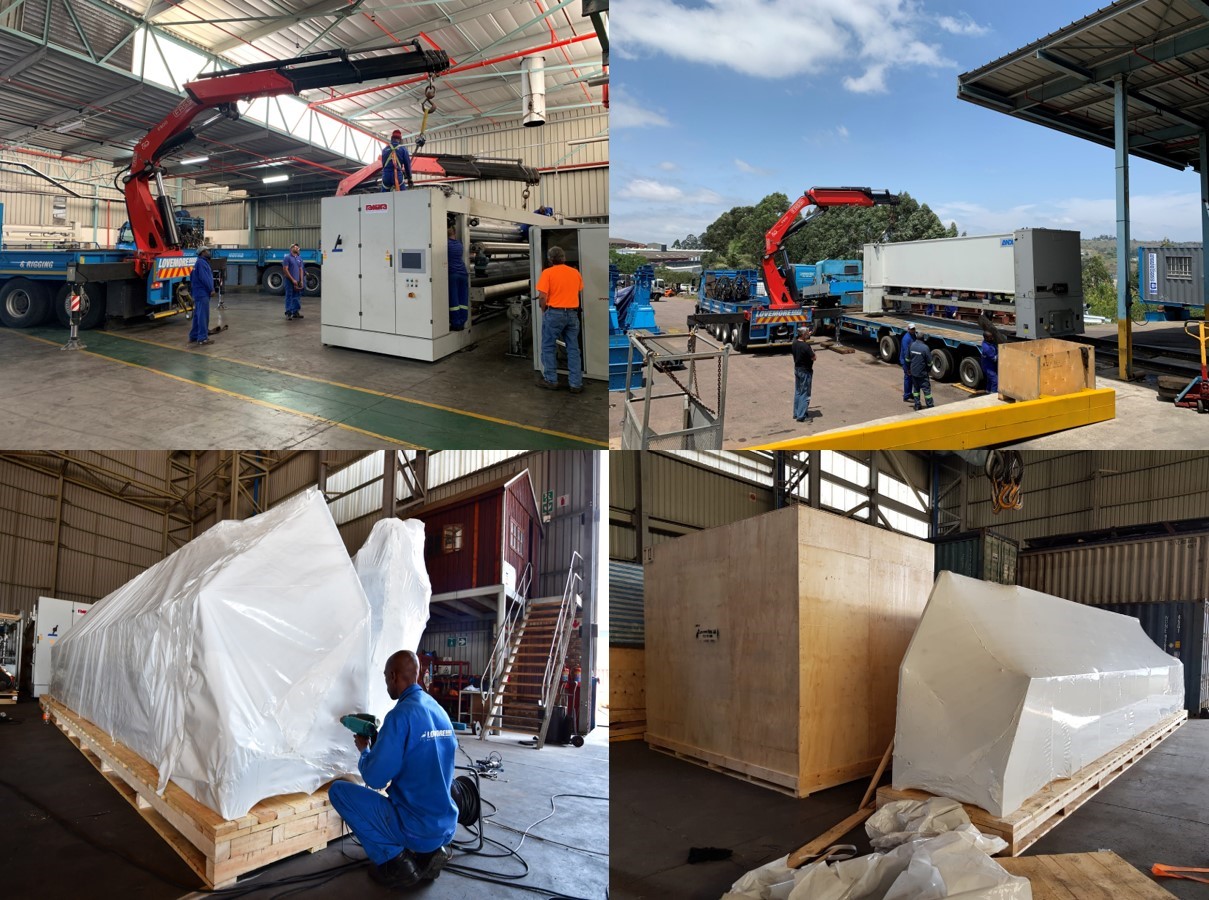 LAST October-November Lovemore Bros assisted the Fibertex factory in Hammarsdale disable one of its non-woven lines and ship the parts to the US.

Heavy Rigging site manager Avikar Chabalalsing says the commission demanded Lovemore Bros to provide the rigging and mechanical teams to dismantle and rig-out the equipment and transport it from Fibertex to the Lovemore Bros New Germany warehouse.

The mechanical teams worked alongside the American installation team to efficiently dismantle the non-woven line. The 226t hydraulic gantry and crane trucks were used to deconstruct the machine into individual component. 32 Truckloads of the components where transported from Hammarsdale to New Germany of which lowbeds (abnormal), links and truck/trailer combinations were used.

The warehousing division had to rust-proof the individual parts; place them on to pallets before shrink-wrapping and pack the equipment into containers, flat racks and break bulk crates ahead of shipping to their new destination.

“This was a dynamic and different project as the machinery parts had to be carefully documented to ensure they could be reassembled on the other side. The multi-parts also had to be labelled and tagged to guarantee the non-woven line was shipped in sequence for assembly as the whole equipment was not shipped as a single batch,” Chabalalsing says, adding the teams were particularly proud in the successful completion of the project.

STATE OF THE ART MELAMINE PRESS INSTALLATION
Scroll to top