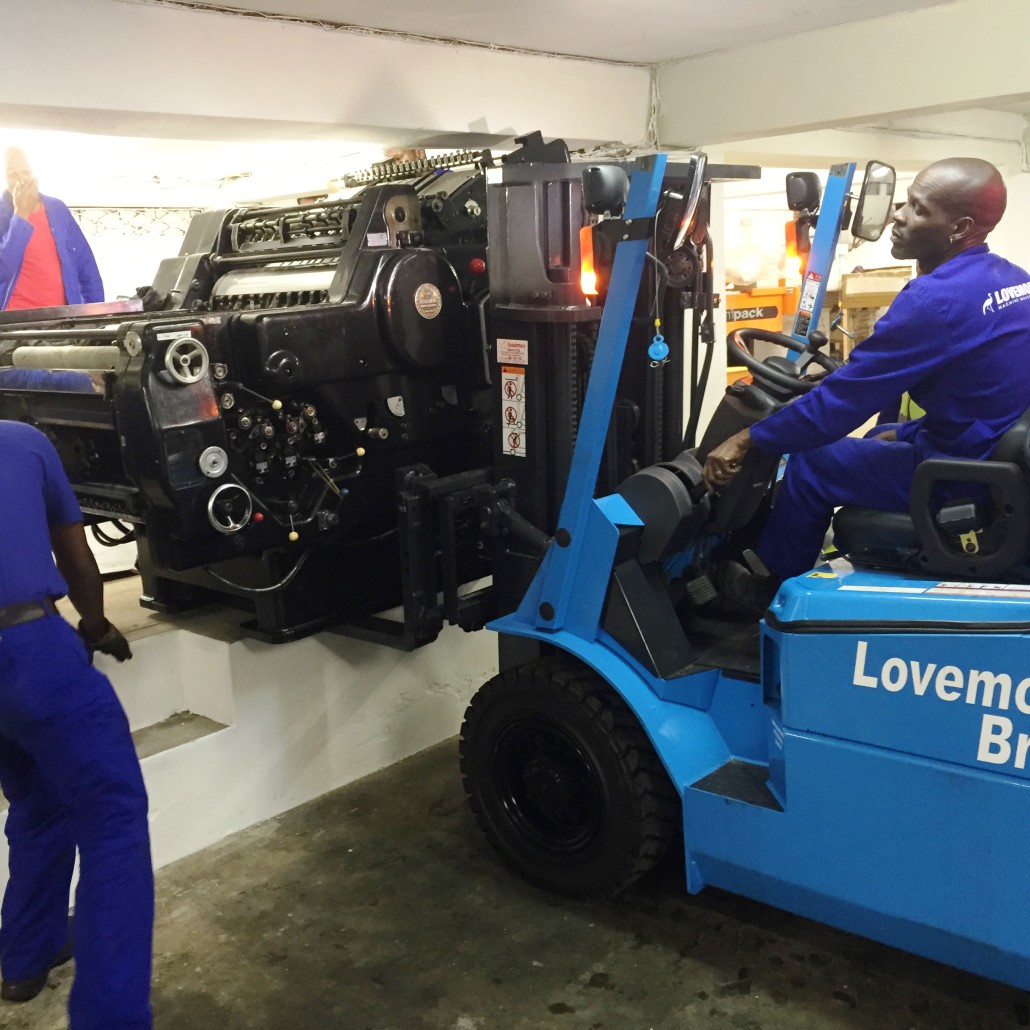 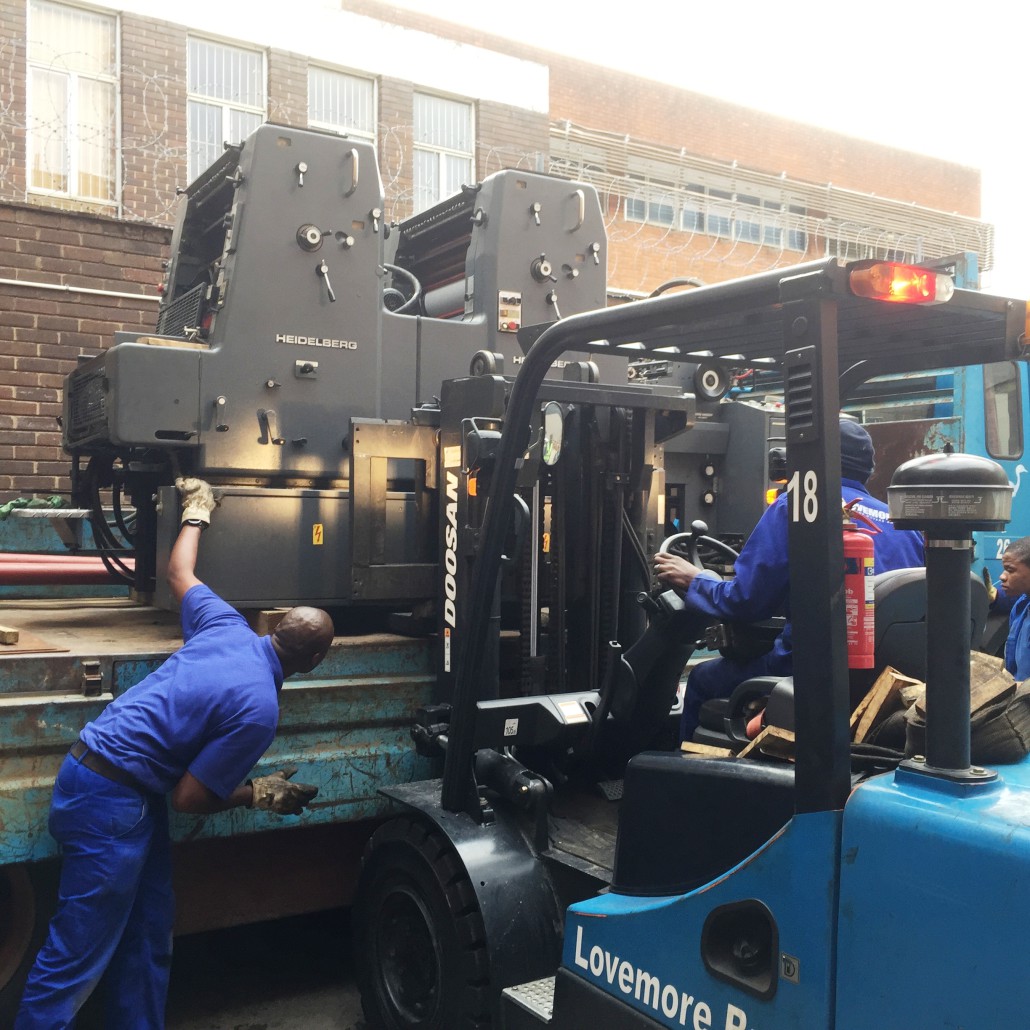 Established in 1969, Kenart Platinum is “Zululands number one stationer and printer” and has become a recognised brand name in rural as well as urban areas. The Lovemore Bros Richards Bay branch were recently enlisted to move 9 of Kenart’s printing machines to another location.

Working within an already confined space, the machines needed to be rigged out of their current location to an even smaller space with a roof height of only 2.08m. “We had to rig the machines out of the top room, onto a crane truck, drive the crane truck down a narrow driveway and offload them in a small courtyard, we then had to rig them into tight positions in a room with a roof height of only 2.08” says John Paine, Lovemore Bros Richards Bay Manager.

“With a clearance of only 180mm, our team had to skillfully move this machine up a step onto a platform through a hole that was 1650mm and 3080mm wide,” says John Paine.

The crew worked accurately and proficiently to ensure that the job was completed successfully.