You are here: Home / News / Johannesburg / Rigging through Bushes

OUR client Engie asked us to consider rigging a new Ampair Chiller on-site – our competitors had already quoted him an exorbitant fee far exceeding the budget. When we arrived on-site we discovered the other rigging companies had suggested standing a 250t mobile crane on the public road outside the De Beers complex in Booysens and crane the chiller directly into position at a reach of 56m.

We took an alternative, innovative approach where we used our crane truck to lift the chiller over the boundary wall and place it in the veld. We then used two three-ton forklifts to drive the chiller through the veld and passed trees to its plinth. The dry, compacted ground enabled the forklifts to operate unhindered and the job progressed as planned – and neither the chiller nor trees were affected in the process.

The best part – Lovemore Bros succeeded in completing this commission at a third of the price Engie had been quoted by other competitors. 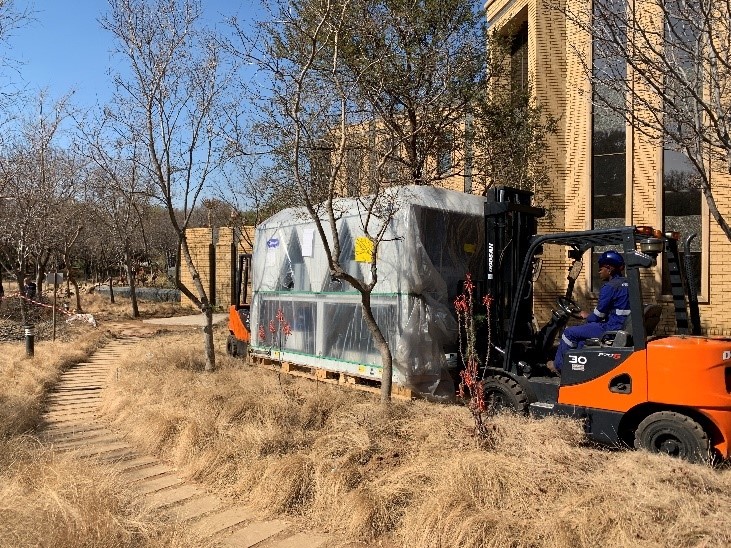 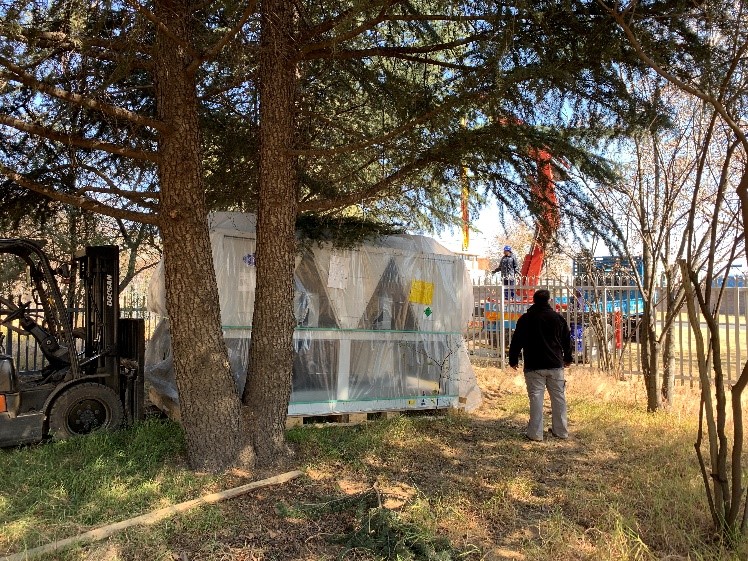