STEFFSTOCKS called LOVEMORE BROS to Mercedes-Benz South Africa (MBSA) in East London to assist with the new body shop. Another crane hiring company had been involved in an on-site incident where it had dropped a 15m long 30-ton concrete beam across one of its trucks and cranes. Fortunately, there were no injuries and minimal damage, but the company was also falling behind on the work and delaying the project.
With the help of the LOVEMORE BROS Mechanical Division, low-beds and Durban Rigging Crane Truck as well as 25-ton and 140-ton cranes from Johnsons Crane Hire, our scope was to load and transport concrete beams and planks in the precast yard; transport them to site and rig them into position. Our target was six beams and 55 planks per day – some days were better than others as we battled weather conditions and a significantly congested site. Yet, everyone involved put in substantial effort and Steffstocks was happy with our performance. 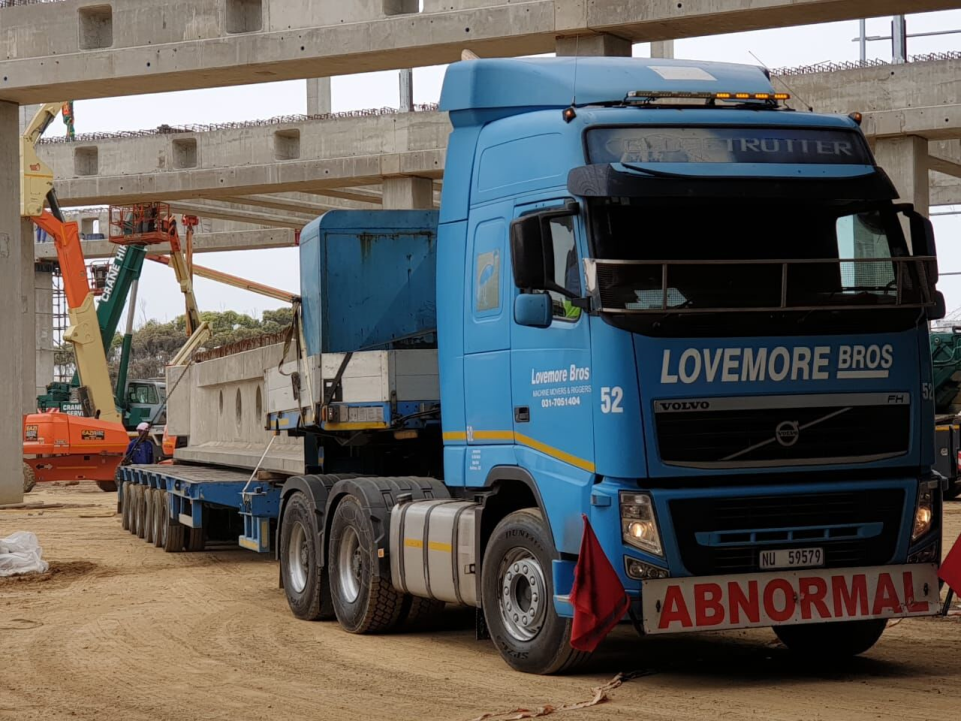