You are here: Home / Uncategorized / TIDYING UP KENYON HOWDEN BRIDGE

MORE than a decade after half of the Kenyon Howden Bridge collapsed, the eThekwini Municipality roads department released a tender for removing the broken structure. Lovemore Bros was tasked with transporting the two halves to a nearby open space.

The bridge weighted 80 tons and was 21m long and the complexity of the project required closing down the N2 national freeway for 12 hours – to the unexpected frustrations of various travellers and commuters. However, the company successfully loaded and transported the derelict bridge in the designated time-frame. 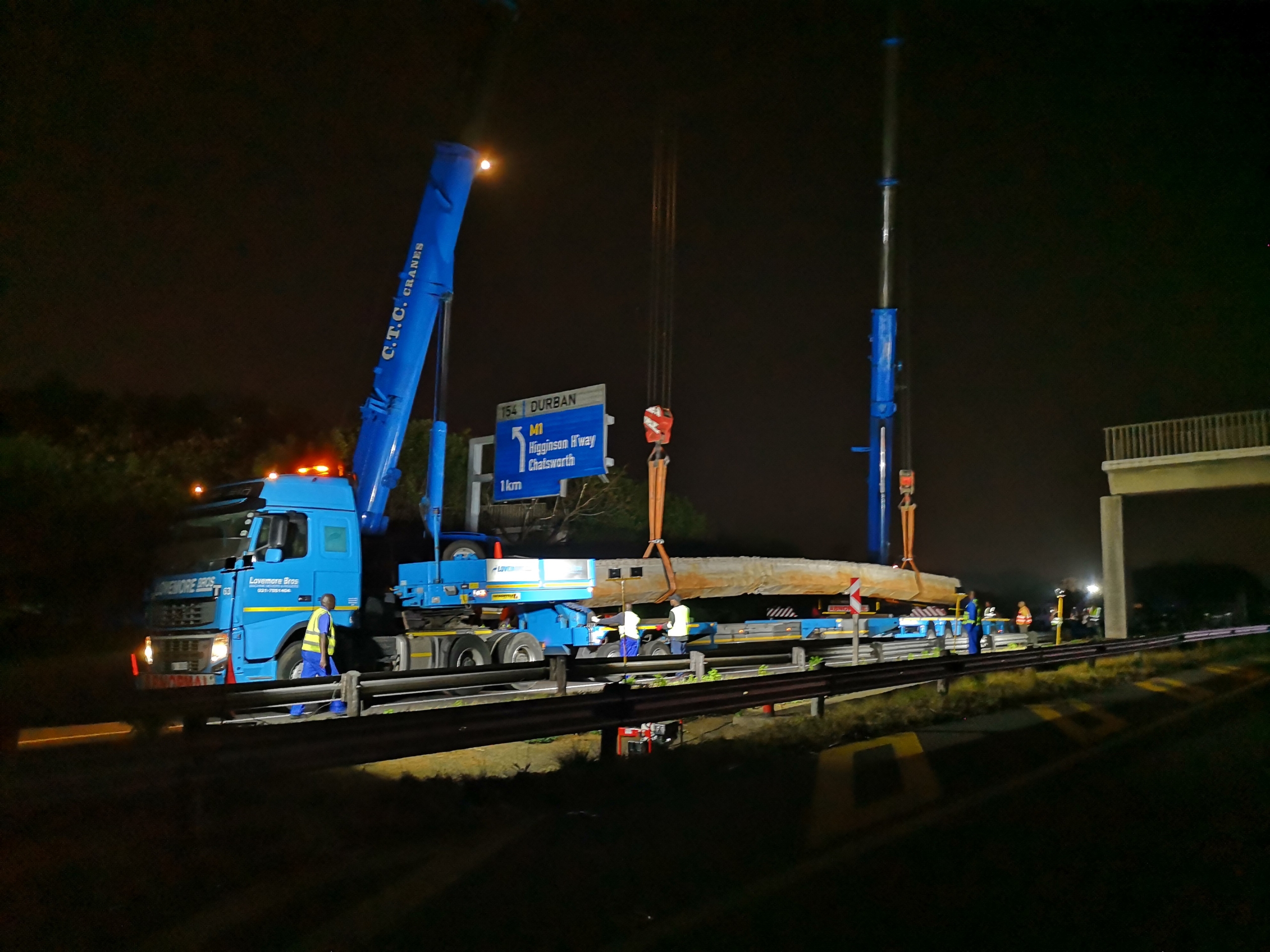 LIFTING THE WHALE
Scroll to top